This section deals with a three related areas:

There are two manufacturers involved with wireless cards. The first is the brand of the card itself. Examples of card manufacturers are Netgear, Ubiquiti , Linksys, Interl and D-Link. There are many, many manufacturers beyond the examples give here. If you are deciding on which card to purchase, check the ”What is the best wireless card to buy?“ section on this page. There are many considerations that should go into your purchase decision: 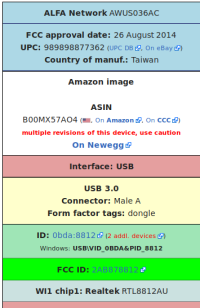 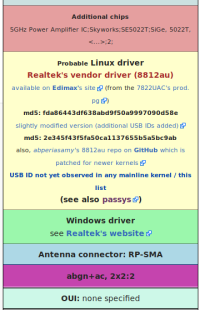 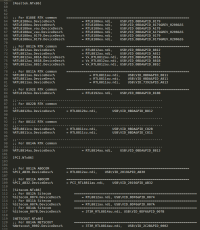